Hockey is a hugely popular sport in both the United States and Canada, with great players coming from either country so you might wonder what is the difference between the two in progressing from a youth to a professional in the NHL. We’re going to outline some of the general differences between hockey in the US and Canada from starting out as a youth player to making it to the NHL, or like most of us right down to the beer leagues!

In both countries, the minor hockey systems are really only different by naming conventions and age brackets for the standard leagues. Kids can start playing as young as four years old, all the way up to 20 years old! So really, it’s possible to spend 16 years in the minor hockey league system before having to move to recreational, college, or professional hockey. In both countries, many of the premier players will leave minor hockey to join Major Junior, Junior, or college teams as young as the age of 15 in some cases! If you want to know more about the breakdown and naming convention of the minor hockey systems, here is a great breakdown

One thing that may be more unique to Canada is the option of playing on outdoor rinks and in outdoor leagues during the winter months! This is common in many areas of Canada that get cold winters, and makes for a great place for players of all ages to hone their skills!

Unique mainly to the US is high school hockey teams, where players play for their current school and a minor hockey team as well in some cases. Canada has very few school teams across the country, and these are usually specialized programs focusing on hockey training and development. 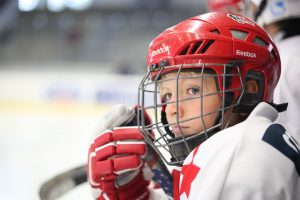 For high caliber players across each country, development programs exist to showcase top talent in tournaments with national teams from around the world. The world junior championship is the most notable and popular, but there are a number of national development teams such as U-16 and U-18 in both the US and Canada.

The USA youth hockey program is more inclusive, as they will form teams to play in leagues and develop chemistry all year long before competing in tournaments. A lot of top hockey players will take part in the development program for a number of years before moving on to playing Major Junior or NCAA.

The Canadian program is set up differently as they will hold tryouts prior to the tournaments, and the majority of players will still be playing for minor hockey teams in the case of U-16 or in the Junior leagues across the country. Canadian development teams do not play in leagues together but start practicing before tournaments.

While still playing minor hockey, players from Canada and the United States can be drafted to Major Junior teams at the age of 14! Being drafted is not the only way to make the team, as many will hold tryouts and scout players to the WHL long after their eligible draft year. This is a common route for any North American hockey player looking to take their career to the next level.

A ton of famous hockey players from both Canada and the United States started their playing careers in Major Junior Leagues, some of the notable ones are Sydney Crosby (CAN) and Patrick Kane (US). Patrick Kane put up 145 pts in one season with the London Knights of the OHL before breaking into the NHL. Crosby, put up an insane 303 points over two seasons with Rimouski Oceanik of the QMJHL before playing for the Penguins.

Players from the ages of 16-21 from Canada and the United States make up the majority of players, but if you do play in the Major Junior leagues you will not be eligible for an NCAA scholarship.

The NCAA is known around the world and is especially huge in the United States, and like every other sport has the best college hockey league in the world! Players from the United States will commit to colleges as young as 15 years old, but you’re eligible for 4 years as soon as you start attending. You can join a college team up to the age of 21 and have four years of eligibility. Players from Canada and the USA are scouted by NCAA teams, in leagues such as the USHL or Junior A leagues in Canada.

This is becoming a more popular and competitive path than in prior years, and the caliber of hockey is equivalent to Major Junior. Many of the best NHL players today come out of the NCAA, some as soon as they are 18 years old and eligible to play. 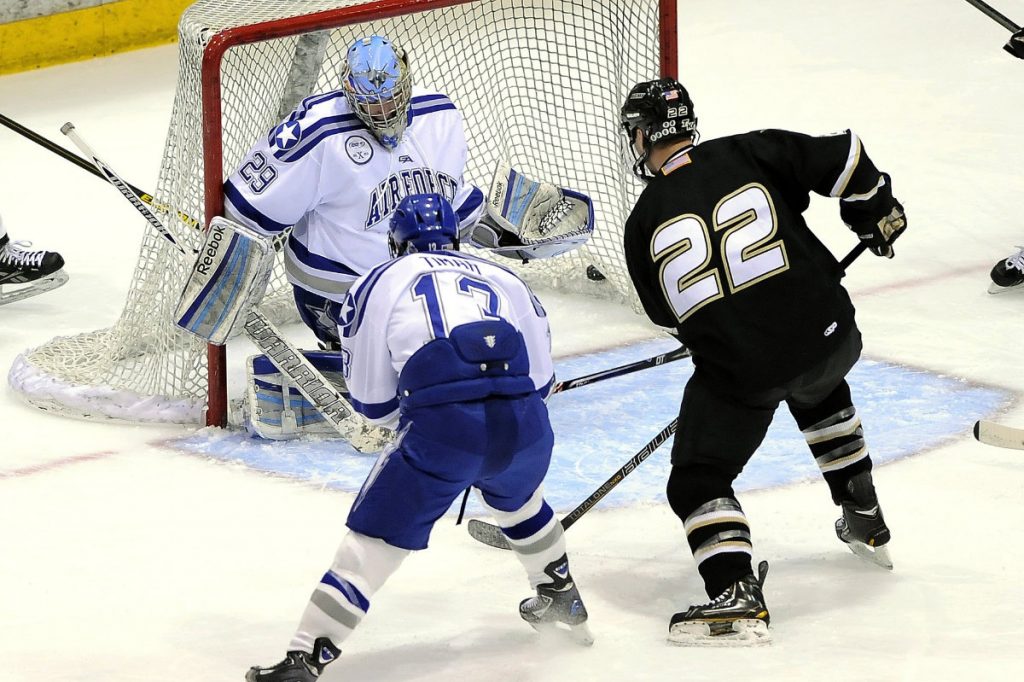 There are a huge amount of Junior hockey leagues around both countries, and exist in every province in Canada. The most well known junior hockey league in the United States is the USHL, which is comprised largely of American hockey players. In Canada there is an equivalent Junior A level league that exists in each province, for example Alberta has the Alberta Junior Hockey League.

Playing in one of these leagues from the age of 16-20 leaves both USA and Canadian players eligible for a scholarship to the NCAA. This is a route many players take as they develop their skills and games at the Junior levels in preparation for the next level.

The eventual stop for almost every hockey player doesn’t matter where you’re from or what level you played, beer leagues! Beer leagues in Canada are set up by city, with multiple leagues in every city plus usually different divisions for different skill levels. There is an infinite amount of beer league or pickup games going on at any time in all the major cities, making it highly accessible to all players. In the US beer leagues are more sparse, due to a lower amount of adult hockey players. The sport is still very accessible but sometimes players have to drive hours to play in a pickup game or beer league game. At the end of the day, beer leagues are all about getting together with the boys and having a couple of beers out of your hockey bag!

To wrap it all up, there really isn’t a ton of differences playing hockey in the United States to playing in Canada. As a comparison, Canada had 60,000 more registered hockey players than the USA, and that gap is shrinking every single year with the gaining popularity!

This article was written by Going Bar Down, a site that gives you hockey skills tips and reviews the top new gear!