Small businesses are always evolving, changing, and growing. That is even true in the hockey world! JRZ is a small independent hockey company that makes quality goalie equipment and custom bags. It doesn’t matter if you’re in the NHL or a beer league, you get the same quality and service no matter what product. However, JRZ has come a long way to get to this point!

JR Lavigueur started working in hockey as a teenager. He worked in the Quebec Nordiques dressing room and learned the ins and outs of what makes an NHL team run smoothly. It started small just filling water bottles and helping tape sticks. He was doing low-level tasks around the dressing room. However, it wasn’t before long, that he bought a sewing machine and started doing minor equipment repairs in the basement of his parent’s house. It was by doing this, JR realized how hockey equipment was made.

JR’s knowledge of equipment grew year after year. So while he was working as an assistant equipment manager for the Quebec Nordiques, he started working a side business of equipment repair. His side business started growing as word spread. It was during this time that he began trying to improve goalie equipment. 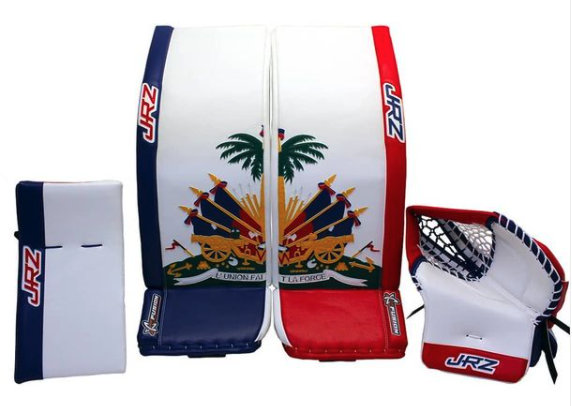 While constantly growing his repair business, he began making goalie gloves. The first NHL goalie, Ron Hextall, wore his glove while playing for the Nordiques. While the business grew, so did JR’s responsibility with the Nordiques. JR and his company, JRZ, were growing in the hockey world. However, in 1995, that would end.

In 1995 when Nordiques left for Colorado to become the Avalanche, JR didn’t go with them. Instead, he used the time to grow JRZ, especially in the goalie area. He looked at improving and expanding his gloves and blockers! It was during this year, JRZ was able to hire their first full-time employee. So even without a pro team in Quebec, JR was still getting to repair and create equipment, and grow his business.

In 1996, Quebec got an IHL minor-league team and JR was named the head equipment manager. He managed to work part-time for JRZ and was still able to grow the business. They were doing gloves and blockers and still doing equipment repair. JR did both his own company and head equipment manager from 1996 – 1998!

Then in 1998, while at an equipment tradeshow in Montreal, JR met another growing hockey company called Itech. Itech was known for its shields (halfers and bubbles), but they would eventually make every type of equipment. It was at this tradeshow, that led to Itech getting into the goalie market through a partnership with JRZ for their gloves and blockers. With this deal, JR once again expanded his business both in physical location and employees. He had grown from one to eight employees. He also gained his first NHL club, Chicago Blackhawks, for a custom bag deal. 1998 was one of the biggest years for JRZ!

JRZ continued to grow from 2002 – 2016 by making custom bags and goalie equipment for Itech. Even when Itech got bought out in 2010 by Bauer, JRZ remained the pad developer / designer in collaboration for Bauer and their innovation center. This kept JRZ growing and eventually, they grew to an 18,000 ft warehouse with 30 employees! They grew in the bags market too! They became the number one custom bag provider for the NHL and the AHL! JRZ was one of the top manufacturers in the game!

In 2015 and 2016 JRZ was one of the top manufacturers of goalie equipment but in 2016, JR wanted his company to change. He decided to opt-out of Bauer and focus on going the independent route. JR said he tired of dealing with the politics and bureaucracy of big companies for pro goalie equipment. So, in 2017, they restructured the goalie business.

By 2018 the full “independent” brand of JRZ was launched. The main focus was back on clients and developing a great pad for everyone. JRZ took what they learned from their time in the NHL and could do what they wanted. It’s not to say they aren’t or haven’t ever been in pro hockey since going independent. (They just have to do what Vaughn does in IIHF and not brand their pads. JRZs pads were seen at the NHL level still for a few months by Peter Budaj.) However, since going independent they have gotten to focus more on the individual customer. This is very exciting for both JR, and all goalies! When you buy a JRZ pad you can now do a completely custom pad from breaks and straps to graphics. They treat you like you were in the pros!

In addition to restructuring their goalie department, in recent years they have also started expanding the other half of their business. In 2015, they started doing more with team sales like custom apparel. They have also grown their bags business too. In recent years, they have started making custom bags for MLB teams. This allows their bags business to be more year round instead of seasonal (since most hockey bags need to be delivered by August / September). JR has taken JRZ to be one of the largest independent hockey businesses in North America. 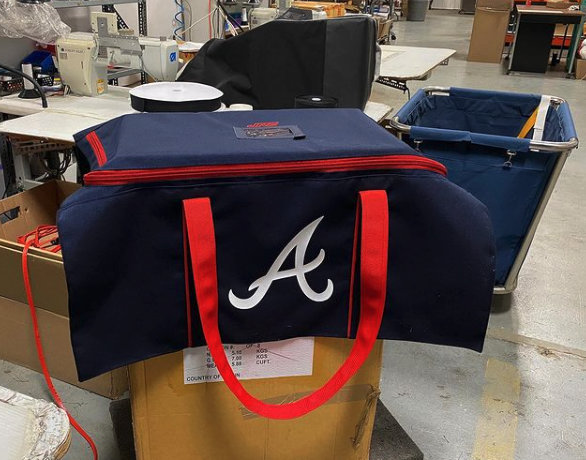 The future for JRZ is bright. Their custom goalie pads department is still doing a large amount of work. While custom teams sales and bags department is constantly growing, especially after adding more MLB teams this year. JR has also said they have a major announcement this upcoming summer in 2021!

Small businesses are always evolving, changing, and growing. This is true for Jr and his JRZ business. They started out in the basement of his parents’ house doing equipment repairs, to helping some of the biggest names in the industry, to where they are now as an independent direct-to-consumer company. JRZ is a small hockey company that makes quality goalie equipment and custom bags. It doesn’t matter if you’re in the NHL or a beer league, you get the same quality and service no matter what product. JRZ has come a long way to get to this point!