More than a brand, a Community of Hockey People … The Violent Gentlemen

A community can be defined as the condition of sharing or having certain attitudes and interests in common *. Hockey has one of the best communities out there! There is something for everyone from the NHL and beer leagues to the clothing and equipment and everything in between. The community within hockey is one of the best things about the sport. There is one brand, The Violent Gentlemen that is helping add to the community aspect of hockey! Violent Gentlemen is more than just a clothing company, through its other business ventures and their commitment to bringing hockey people together, it is a company that embodies the best parts of hockey.

Violent Gentlemen started out as just a hockey t-shirt and lifestyle brand back in 2011. It started after a meeting with a former NHL player about how Mike and his business partner, Brian, could help with a charitable clothing line. After having a great meeting about helping with the clothing line, on the drive home the two thought that they should also do their own brand. Later that night the Violent Gentlemen was born!

The company took off slowly and as it gained traction money was put back into the brand to help build it. However, as they were gaining popularity, a blow to the world of hockey happened, the 2012 – 2013 lockout! The lockout was bad for everyone in the sport. However, the Violent Gents kept working hard and made it through the lockout and were able to keep building into what it is today! A brand that is loved by beer leaguers and NHLers alike! 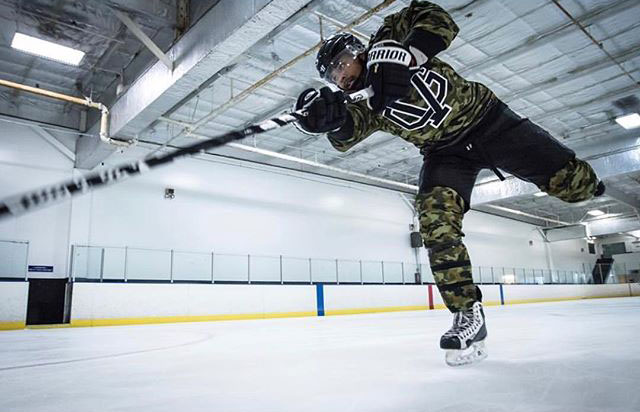 It’s so much more than just hockey…

After making it through the early days and building the brand of the Violent Gentlemen, Mike and Brian have rocketed to the top of the hockey apparel game. They are in line with the likes of Gongshow and Sauce as being one of the most recognizable brands off the ice! Their brand growth has exploded and has allowed them to dabble in other projects such as music, Brazilian Jui Jitsu, and coffee. 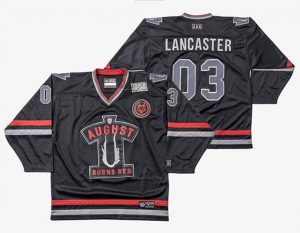 With Violent Gentlemen’s growth in hockey, the founders wanted to get back to something they loved before hockey, music. It made sense, hockey and music go hand in hand. We always hear the question asked to players about what they listen to before games, during workouts or away from the rink. So for VG, it was a no-brainer or a tap-in if you will. VG had the connections into the music industry and a great clothing brand! They found that musicians love hockey too! They have partnered with everyone from heavy metal rockers like August Burns Red, to country music artists, to punk rockers like the Gas Light Anthem. Their collaborations have ranged from hats to fully custom jerseys. They are always working with artists and will feature more artist in the future! Partnering with folks in the music industry was just one way of bringing in more people into the ever-growing hockey community!

Another business area that VG is in is the Brazilian Jiu-jitsu. One of the founders of VG wanted to expand the brand just to see if there was a crossover between hockey and Jiu-jitsu. After all, it worked with music, why not see if their connections in the fight world would cross over into their ever-growing hockey community! So far it has worked and VG has brought more folks into the hockey community!

The next way that Mike brought another group of people into the Violent Gentlemen and hockey community is through coffee. We all have had those late night beer league games or the 7:00 am tournament game or maybe kids games and we need a cup of coffee to get or stay awake. The Violent Gentlemen thought of producing their own coffee. They partnered with a local place in So Cal who’s owners are big hockey fans, to bring the VGCC Brawl Blend to life. Now people in the hockey or coffee loving community are brought together under the VG hockey community!

The present endeavors that the Violent Gents are pursuing are all about the community and growing hockey! It is working very well and is making them one of the top brands for office apparel in the game!

The Future of Violent Gentlemen

With growing its community and brand in several different areas, Mike and Brian are continuing that! In just a few short weeks they are going in a direction that every hockey fan will be pleased with … BEER! Starting on October 13th, Violent Gentlemen and Mason Ale Works will be releasing the Violent Gentlemen Lager. 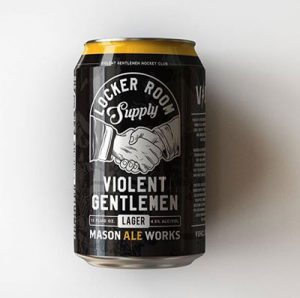 This partnership happened as Mason Ale Works were big fans and apart of that growing hockey community! They asked if VG would be interested and the rest is history. It is just another way that the brand can expand into a different sector of hockey fandom and bring more into the hockey community.

In addition to the beer, the VG is continuing to make all different types of hockey apparel. They will still be making their shirts and jerseys. They have several partnerships with bands that will be released in the near future. The hockey community that is helping propel VG to that next level shows no signs of slowing down!

Over the past seven years, the Violent Gentlemen have started the grassroots way of selling one t-shirt at a time, survived a lockout, and have exploded into the mainstream hockey community. However, it is the community that they have built that is loyal to Violent Gentlemen and will continue to grow. The Violent Gentlemen is more than just a clothing company, through its other business ventures and their commitment to bringing hockey people together, it is a company that embodies the best parts of hockey