Can hockey be a lifestyle? For some players, it’s a game and a way to meet up once or twice a week with friends and play. However, for others, it’s a way of life, and they are hardcore hockey fanatics. These hockey fanatics love representing the game they love. What better way to do than wearing hockey clothes? This is where the newest brand out of Germany called Rinksuit Hockey comes in.

Rinksuit is a new premium brand clothing company made and designed for hockey players. The founder, Hajo, is from Ingolstadt, Germany, and he came up with the idea for designing a lifestyle hockey brand about two years ago while in China. He was involved with a beer league over there and while playing with several folks from North America, he noticed that there was a lifestyle associated with hockey. He had never seen anything like it but he wanted to capture it and bring it back to Germany with him. Hajo was very impressed with how hockey was a lifestyle for some of the players he met. 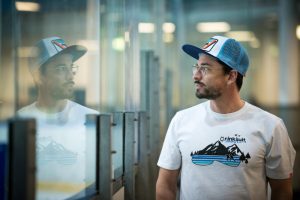 A thing that is noticeable about Rinksuit (and something I really like) is that the designs released so far, are simple. They have a retro feel to them. Hajo says that designs start out with just paper and pencil and build from there. He wants the design to be a simple concept and not “in your face”. They can just be hockey inspired. These subtle designs help Rinksuit stand out from other hockey brands. 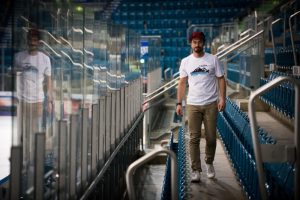 Hajo and Rinksuit are just starting out. However, they are growing. They have players all over Europe and Russia wearing their gear. Now, they have their target in North America next! Hajo looks up to his North American counterparts, Gongshow and Sauce, and hopes to one day be as big as them!

For some hockey players, beer league hockey is just a game. However, for most, it’s a lifestyle. With the great designs Rinksuit is turning out,  it shouldn’t be long before we see Rinsuit in a local rink in North America 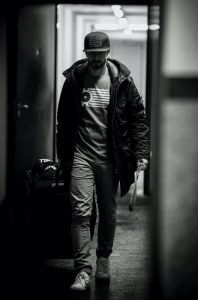